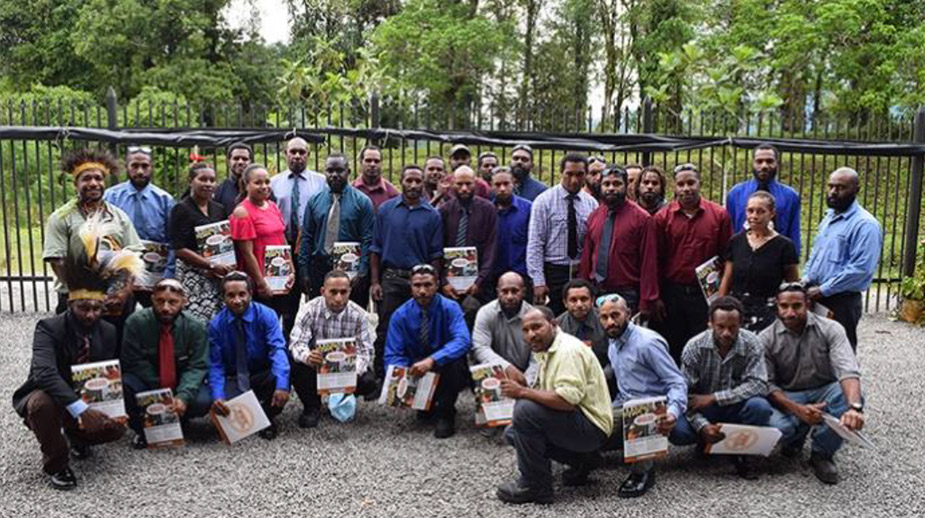 Image Caption: Ok Tedi Mining Limited continues to contribute to the pool of trade skills in PNG. Pictured are its’ Apprentice and Preferred Area Development trainees after graduating from their training programs in November 2018.

Uncertainty over mining leases could threaten economic growth in PNG

The PNG Chamber of Mines and Petroleum today said that the continued success of existing projects and the development of new ones is critical to the future of Papua New Guinea.

And that any significant delay in the renewal and extension of mining licences for the country’s biggest producing mines would have a detrimental effect on the nation’s economy.

Chamber President Mr Gerea Aopi CBE commented following reports that projects such as Porgera, Ok Tedi and Ramu Nickel may not have their leases extended.

“Security of tenure and continuation of mining leases is essential if we want investors to spend billions of Kina in our country,” said Mr Aopi.

“Delays and uncertainty about mining leases could cause major interruptions to some of the big mines, and discourage any new investors.”

Mr Aopi said the Chamber and its members are keen to work with Government to ensure that PNG’s investment climate for resource projects remains attractive as this will underwrite a strong growing economy and increased prosperity for the people.

Mr Aopi said the industry is concerned that mineral exploration activity in PNG has fallen significantly in the past six years even though global exploration has experienced a significant upturn since 2016.

With this decline in exploration, any uncertainty about renewal of mining licences would have an impact on the country’s economy, and also send international investors the wrong signal, particularly at a time when the World Bank through its PNG Economic Update released this month projected a positive rebound in the country’s real Gross Domestic Product to 5 per cent this year on the back of upcoming major resource projects.

While certainty of mining leases is critical, Mr Aopi said all Chamber members are committed to ensuring that benefits flow from their operations to local communities and he applauded the Government’s continuing commitment to ensuring the sustainable and accountable sharing of benefits.

“The industry remains ready and willing to work with Government and relevant authorities to ensure a fair distribution of benefits for the State, local communities and the industry,” he said.

“PNG is one of the first countries in the world where mining and petroleum projects consistently provide socio-economic opportunities to the local areas they operate in. Projects have opened up access and opportunities in some of the most isolated rural communities in PNG,” he said.

According to the 2017 PNG Extractive Industry Transparency Initiative report, the industry paid a total of K1.5 billion in direct and indirect taxes.

The mining and petroleum industry directly employs over 20,000 people, with significantly more working in other sectors dependent on the industry, including landowner businesses. The industry invests millions of Kina in community development in sectors such as health and education, infrastructure including roads and airstrips, employment and training, and agriculture and livelihood programs.

The industry also establishes and supports landowner companies and other PNG-based businesses that provide services to the project sites such as transportation, labour hire, catering, security, earthmoving, freight and logistics, janitorial services, agriculture, and livestock and livelihood programs to promote food security and agribusiness.