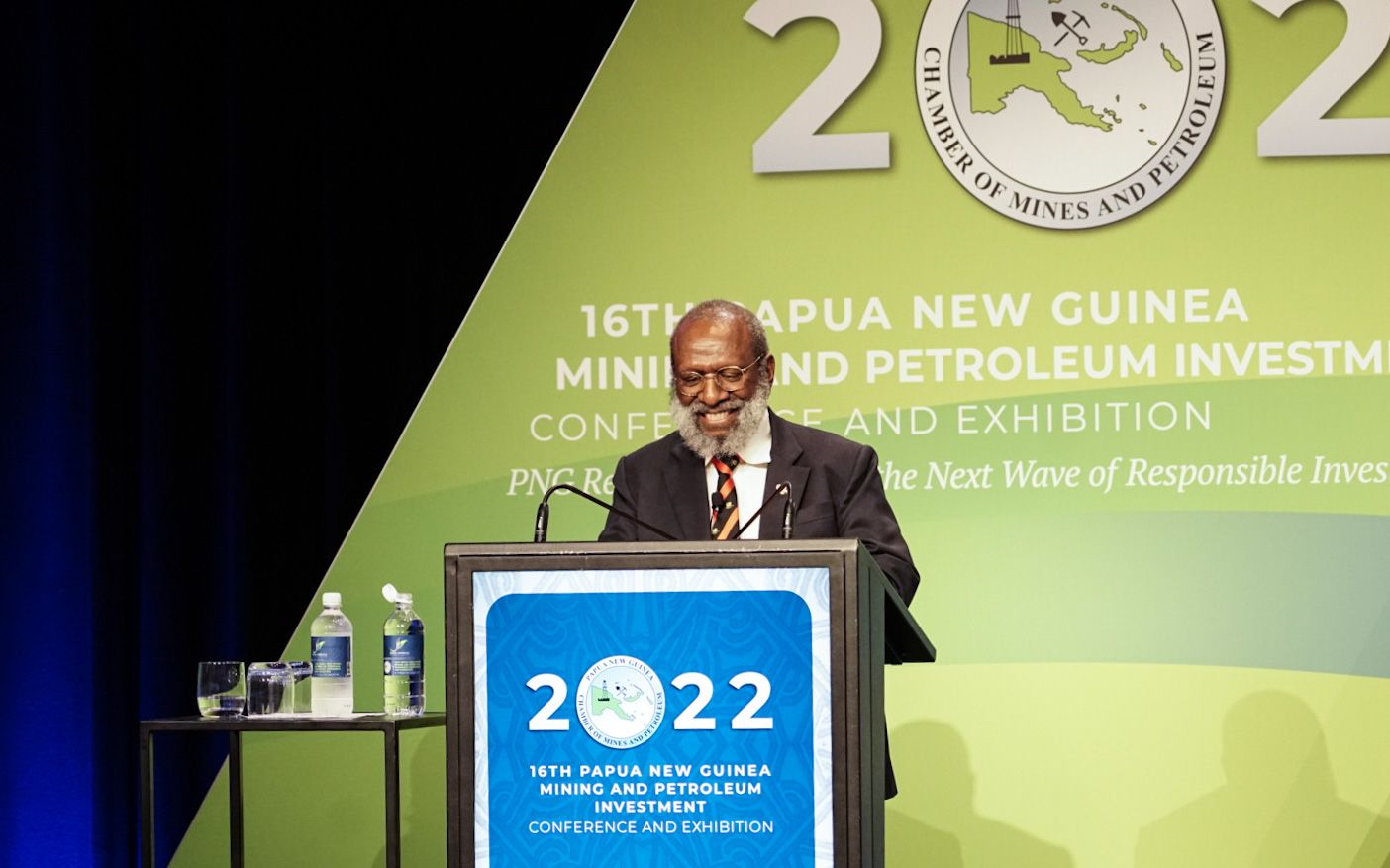 SYDNEY: The second day of the 16th PNG Mining and Petroleum Investment Conference and Exhibition had its focus on project updates from some of PNGs biggest resource companies.

Operator of the multi-billion Kina PNG LNG project, ExxonMobil PNGs Scott Sandlin, Senior Vice President of Production – focused his update on the progression of the project, with efforts focused on long-term economic development.

Nationally-owned Ok Tedi Mining Limited meanwhile is expected to generate over K19 billion in benefits for Papua New Guinea, over the course of the next 11 years, with OTMLs General Commercial Manager Cameron Clark saying “The outlook for Ok Tedi is a positive one. The Company has tripled its value in the last 6 years and extended mine life by 7 years. This has been made possible by a combination of technical improvements, cost improvement, accelerated mining rates and internal investment in key strategic projects”

Simberi St Barbara has been given the permit for sulphides expansion which adds at least another 10 years of mine life from 2024 - 25 when oxides are depleted. The sulphide expansion is under a strategic review by operator St Barbara Limited. Simberi is pursuing cocoa and fisheries (with partners) as its best opportunities for sustainable development.

With K92 looking at a major expansion of their Kainantu Operations, CEO John Lewins was pleased to acknowledge the announcement by Minister for Mining Hon. Ano Pala on the renewal and 10 year extension of their Mining License.

“And I think we have now formed a good partnership, a combination between the government and yourself and as of yesterday when I signed the document, your shareholders will celebrate. And today when I make this announcement, my shareholders, papua new guinea, 10 million people, will celebrate, because everybody down the line will benefit.”

“These decisions we make at the highest level, has an impact right at the grassroots. “

John Lewins, K92 Chief Executive Officer and Director, stated, “ The extension of the Mining Lease by the Government of Papua New Guinea and the approval of the Stage 3 and 4 Expansions by the Board of Directors of K92 are major milestones for the Kainantu Gold Mine, Papua New Guinea, our communities, investors and many other stakeholders.

On day one of the conference, Chamber President Mr Anthony Smaré had stated China is also a significant buyer of our LNG production from the PNG LNG, and it will likely be a major buyer of gas from the new LNG developments – Papua LNG, Pnyang, and Pasca.

Paul Mulder, Managing Director of Mayur Resources, when speaking of the next wave of projects, stated the growth of the industry, has allowed for an expansion in the products that organizations like his can provide, with Mayur focusing on developing a processing plant near the vicinity of the current PNG LNG, which can cater for additional construction needs.

State representatives play an extremely important role as stakeholders in all existing and upcoming resource projects in Papua New Guinea, and with the shift toward focus on national content, presentations by both Minister for Mining Hon. Ano Pala and Hon Kerenga Kua – Minister for Petroleum, National Content and the government policies around it, would guide the direction of future aspirations.

Recently elected to office, New Mining Minister Ano Pala says he will be working closely with all stakeholders in the sector. He took the opportunity to announce the reopening of Porgera, Wafi Golpu and Frieda River after negotiations.

Petroleum Minister Kerenga Kua says PNG’s petroleum sector is in a robust state with 94 active licenses. With 58 prospecting licenses and 10 PDLs, Kua believes this is a good starting point for Papua New Guinea, heading into the future.

The potential for future projects within the resources industry is a drawing point for investors to PNG.