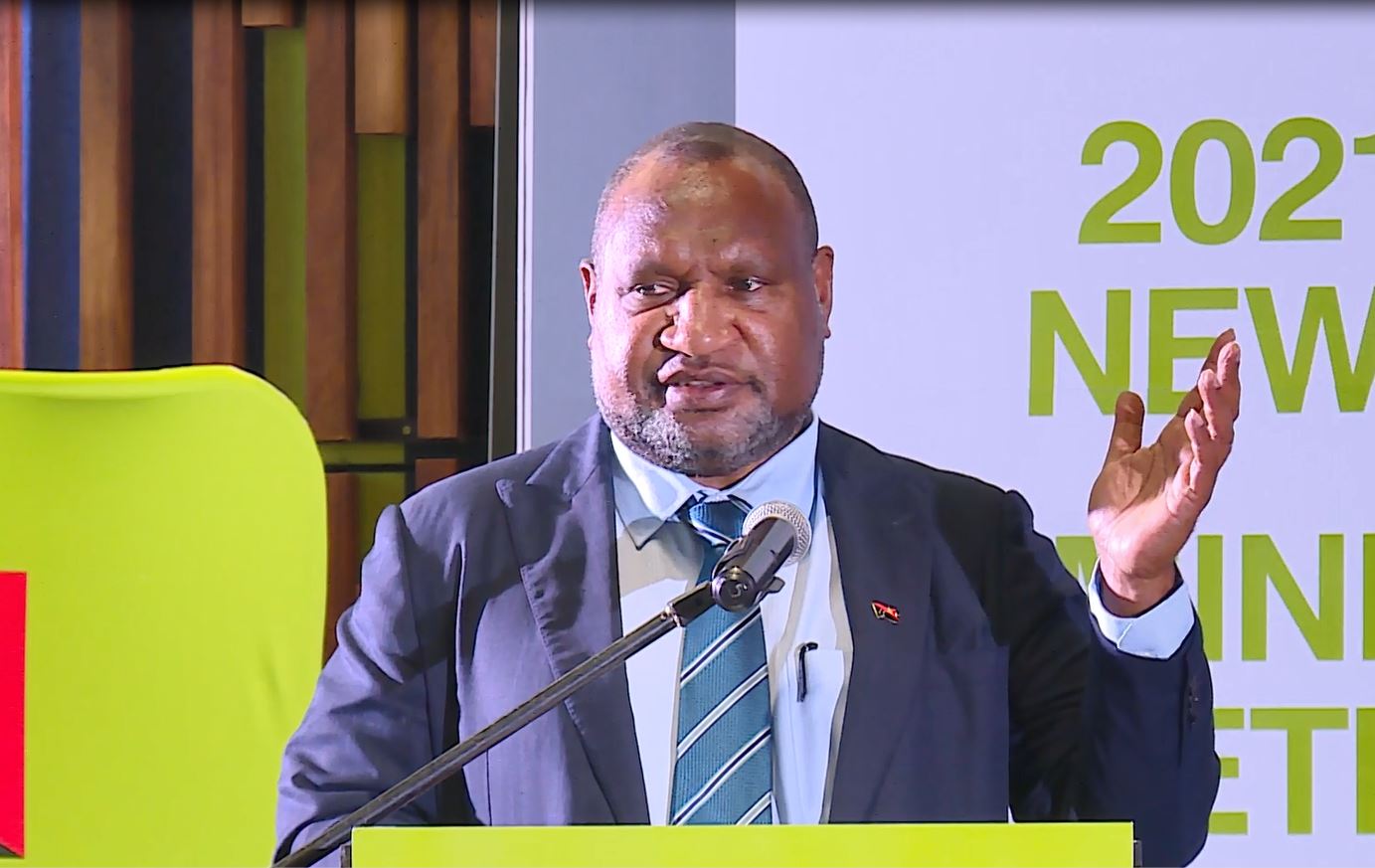 Image Caption: Prime Minister James Marape presenting his Keynote address at the opening of the 2021 PNG Mining and Petroleum Conference and Exhibition

Prime Minister Hon. James Marape, MP has assured investors in the Mining and Petroleum Sector that the Papua New Guinea Government is committed to working and seeing the investors’ investments and the PNG economy grow.

The Prime Minister assured the investors on the first day of the 2021 PNG Mining and Petroleum Conference and Exhibition held virtually and in person at the Hilton, Port Moresby, Papua New Guinea and the Hilton, Brisbane Australia.

He also emphasized again the independence of the judiciary in the country and informed the attendees of the conference that the Government is fully committed to honouring all legally binding agreements that have been made and will be made with investors in the sectors.

Prime Minister Marape added that despite the fluidity of the political climate in the country, with the upcoming 2022 National General Elections, all legally binding agreement that have been signed between the State of Papua New Guinea and a developer will be honored even after the governments change.

"The sectors contribute up to 26 - 30 per cent of Papua New Guinea's economy and makes up about 80 per cent of our exports annually," he said.

He further added that Papua New Guinea is an exciting investment destination because of its close proximity to the Asian markets and that it is especially good for investors in the petroleum sector because of the history we have with Asia is terms of a long term agreement with Osaka Gas to export 1.5 million tonnes of LNG to Japan over a period of 20 years, which stated towards the end of 2013 and beginning of 2014.

Prime Minister Marape said Papua New Guinea has also played a vital role in the rise of Oil Search into a top oil and gas developer from its humble beginnings with just a portfolio in the country to having oil and gas fields in Yemen, Egypt, Libya, the Kurdistan region of Iraq and Alaska.

He said Oil Search is a successful company that came out of Papua New Guinea and will move into the top 20 oil and gas producer upon its merger with Santos, which is pending shareholder and regulatory approval.

The Prime Minister also informed the participants of the conference that the Government's recently passed budget does not include estimate revenues from Papua LNG, P’nyang,

Porgera, Wafi-Golpu and Pasca. The revenue from these projects will be like a bonus for the country once they come on board.

The Prime Minister is also urging all stakeholders of all the five upcoming projects to keep liaising with the Government to get the projects off the ground. He further urged them to talk or write to the Government about issues they would like address to progress negotiations and to refrain from speaking to the media about all issues pertaining to ongoing negotiations.