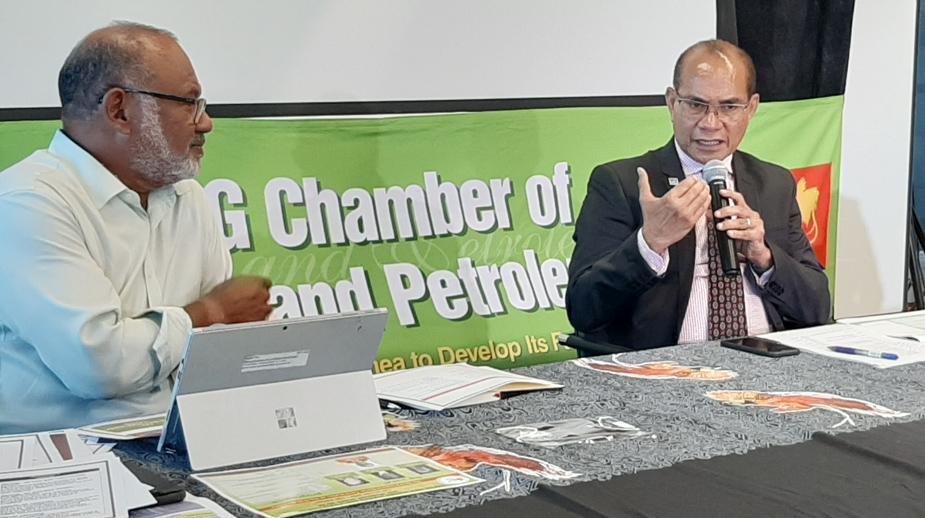 The critical importance of Papua New Guinea’s resources sector to the nation’s economy and community was placed firmly in the spotlight today at a special webinar hosted by the PNG Chamber of Mines and Petroleum.

Local representatives from Deloitte, the Business Council of PNG and the Institute of National Affairs joined Chamber Vice President Richard Kassman OBE for the seminar, which came as the resources sector continues to call on the PNG Government to review its proposed Organic Law into production sharing agreements for the mining and petroleum sectors.

Statistics from a comprehensive economic review conducted by Deloitte highlighted that the PNG resources sector currently accounts for 23.9 per cent of Government revenue, significantly more than previously suggested figures.

This revenue was outlined as being contributed through direct sources such as corporate tax, salaries and wages tax and dividend contributions, as well as via a variety of indirect sources including the income tax of the thousands of individuals employed within the sector.

Maygen Turliu, Director - Tax & Business Services at Deloitte, said this revenue enables the Government to provide extensive support to communities and provinces across the nation, and subsequently called on the PNG Government to ensure it undertakes wide ranging and robust consultation on any reforms to the resources sector. “Given the significance of this contribution, and of the industry to the financial position of the PNG Government and country, it is essential the Government provides the industry with a clear consultation framework as complex employment and industry structure reforms are discussed,” she said.

“Tax reforms don’t have to be something very big. You can tweak the current system so it fits both parties. You don’t need to do a totally new thing that could disrupt business, particularly with COVID-19 in place.

"Consultation is key for businesses in PNG. The Government should be giving more access for open discussion on proposed reforms and allowing businesses to work with them to inform these reforms as they're being developed.”

Paul Barker, Executive Director of national independent think tank organisation, the Institute of National Affairs, said the impact of the COVID-19 pandemic on the resources sector, and the subsequent detrimental impact on PNG’s entire economy, has also shone a light on the need for certainty and collaboration between Government and the resources sector.

“Now is the time to stimulate greater activity in this essential sector to our economy by creating a secure environment that provides investors with the confidence to act,” he said.

“This will deliver Government much greater volumes of direct and indirect revenue, and do it much more quickly, than looking to nationalise the operation of this critical sector.

“At this point in time, as a nation we should be looking to expand the size of the resources sector rather than doing anything that risks reducing it. This will only be achieved by creating an environment where the Government is working alongside the industry and providing the necessary financial assurance required to stimulate activity across the industry and its investors.”

David Toua, OBE, General Manager for Corporate Affairs, Steamships Trading Company, reiterated that widespread concern around business performance is prevalent throughout PNG’s key sectors, and stability within the resources sector as a crucial factor to a successful recovery from the current COVID-exacerbated recession.

Mr. Toua, who is a current Board member of multiple organisations including the Business Council of PNG, the Bank of Papua New Guinea, the Mineral Resources Authority and the NCD Provincial Health Authority, said Government revenue will be impacted by reduced business tax contributions due to COVID-19.

Mr. Toua warned the Government not to risk further revenue loss through misinformed reform to the resources sector.

“Businesses around the country rely on the resources sector to help create demand for their services,” he said. “Putting the resources sector at risk jeopardises the livelihoods of a huge number of PNG business owners, as well as their employees – a move that would simply exacerbate the uncertainty of a looming recession in our nation.”

In concluding the seminar, Mr Kassman reiterated the willingness of parties within the resources sector to meet with Ministers and Government on proposed reform, saying robust consultation and discussion is the mature way forward.

“The concerns that we as a sector express are not anti-Government. Time and time again we hear the views some of us as Papua New Guineans have are either anti-government, antinationalistic or unpatriotic, and that is far from the truth,” he said.

“What’s important is that we want to contribute to an effective discourse, so our leaders are well informed in order to make good decisions for the future of our country.”