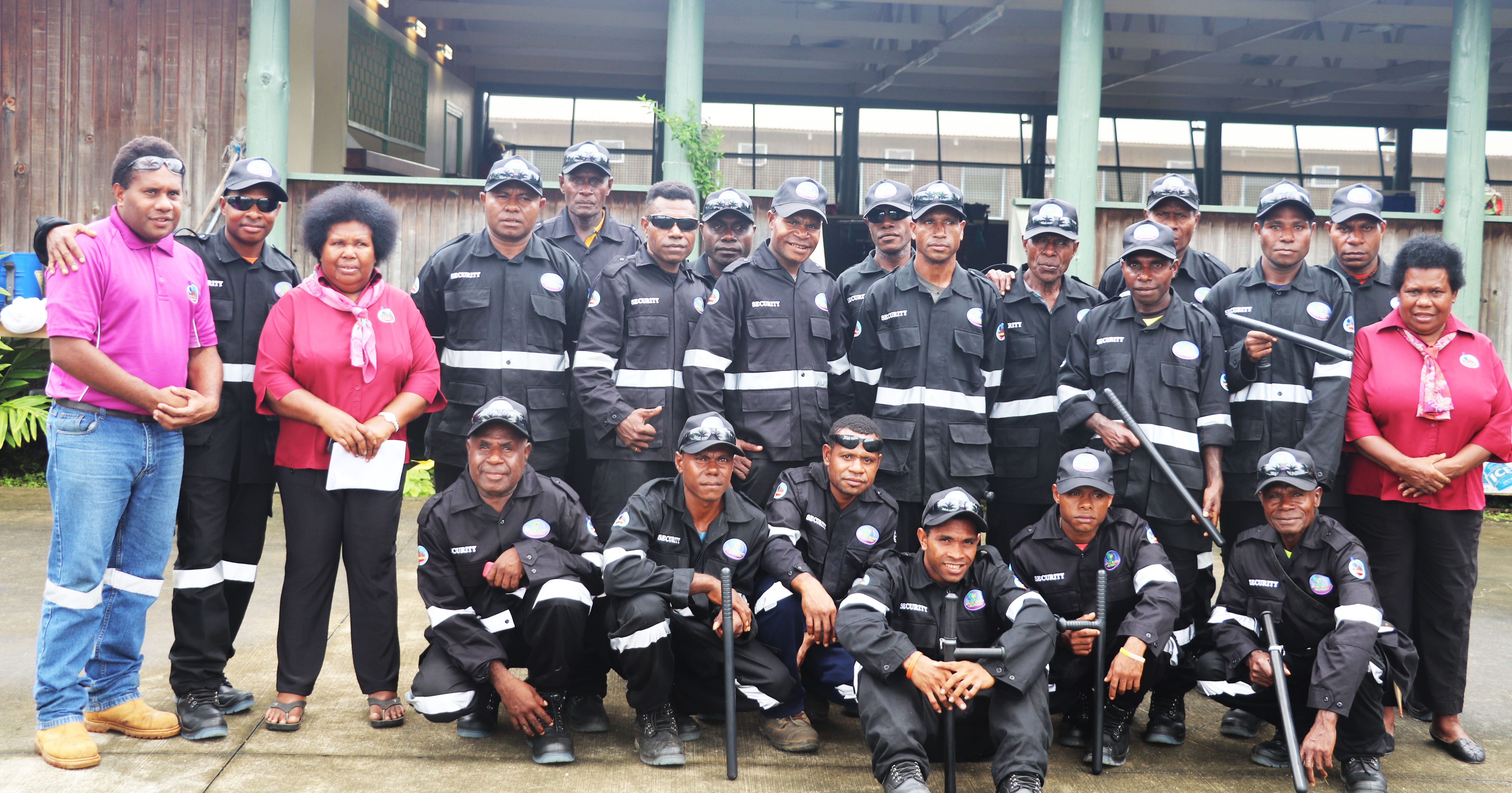 Image Caption: The Natmani Security Solution is a part of Natmani Investment Limited – a landowner company that provides camping facilities and security services for employees and business partners at Lihir. There are many of such local and landowner businesses which resource companies support.

The PNG Chamber of Mines and Petroleum is calling on the Government to seriously consider theimplications the revised Mining Act will have on the country’s economy before tabling the Bill.

The Chamber raised this concern following the Department of Mineral Policy and Geo-Hazard Management Secretary Mr Harry Kore revealing during the launching of the public consultation on the Review of the Mining (Safety) Act in Goroka, Eastern Highlands Province, today 23rd September that the revised mining legislation will be tabled in Parliament next month.

The Chamber said conducting an independent review would help the Government fully understand the negative economic consequences the proposed changes to the Act will have on PNG.

The amendments to the proposed Act will render the mining industry in PNG internationally uncompetitive. The amendments are also a serious deterrent to investment in future mining projects in PNG, and may even threaten the ongoing operations of mines currently in operation.

“The changes to the Act will also cause investors to either cancel future projects or leaving PNG altogether. This means a loss of thousands of jobs across the resources sector and also the wider small business and service industry that supports the industry,” the Chamber said.

“On a broader economic level, PNG’s credit rating will drop and PNG’s political risk rating will increase.Furthermore, the economy will suffer a drastic loss of taxation in GST, duties, payroll tax and corporate tax. This will translate to an inability of the State to fund basic services including schools, hospitals andmaintain existing infrastructure,” said the Chamber.

The PNG Chamber of Mines and Petroleum respects the right of Papua New Guinea, a sovereign state, to review and revise its laws, legislation and regulations. However, as a responsible government, it must consider all elements of proposed revisions to the Mining Act including compulsory Government acquisition rights along with potential royalty and tax increases. The Chamber believes this can only be fully realised through the implementation of a rigorous independent review.

“The industry is ready to engage with the government in constructive, open dialogue that will help toestablish a way to better refine the proposed Mining Act amendments while displaying fiscal discipline and strategic governance.”

“Failing to maintain a Mining Act that strikes a balance between national and investor interests places a risk on the economic wellbeing of the country with serious flow on consequences to the social sector, and other sectors of the society,” said the Chamber.