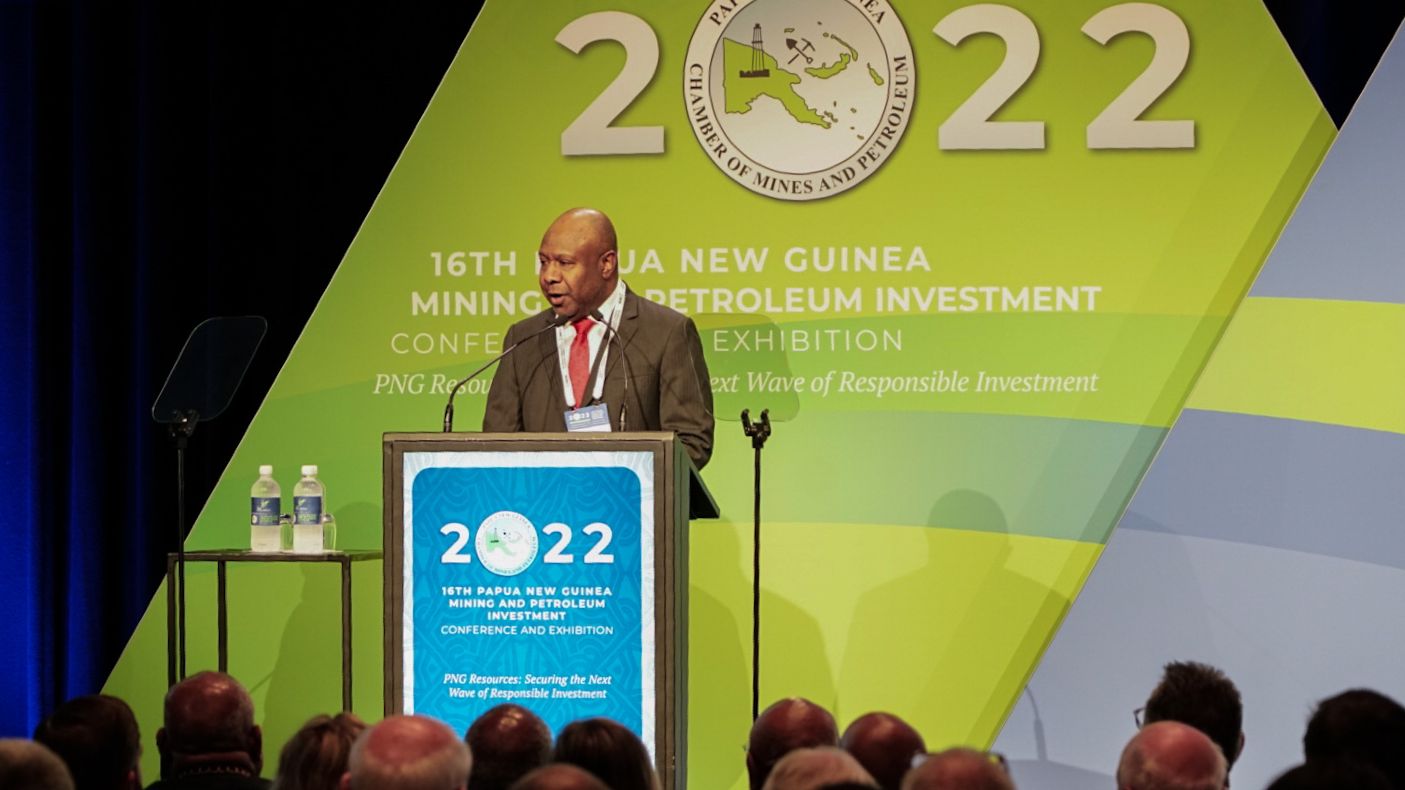 SYDNEY: President of the PNG Chamber of Mines and Petroleum Mr Anthony Smaré in his opening address to delegates at the 16th PNG Mining and Petroleum Investment Conference and Exhibition says international investment has had a catalysing impact on PNG’s economic development.

The chamber is excited that after three long years, we now have an opportunity to unite the different arenas, in business, government, investors, and the companies that have been part of the national building scope in PNG.

Over one thousand financiers, exploration companies, government officials, landowners and business leaders attended the first day of the 16th conference in Sydney.

It’s been three years of uncertainty, but the stakeholders are happy to be back face-to-face in real-time.

Papua New Guinea’s message to the world is the country has five major projects coming up including the Papua LNG Project, Wafi-Golpu, Pasca, and the reopening of Porgera and P’nyang.

In a packed room, Key note speaker, Prime Minister James Marape reassured investors of PNG as a potential, while pushing for partnerships in development on the ground.

“We are a mineral and petroleum nation. We know how to give incentives, embrace and protect investors, and allow investors to make a fair and profitable return on their investments;”

The next wave or first waves of responsible investments, or I would rather say ‘responsive investments’, are our big five projects that my government has worked on the last three years where deep in my planning office we label them as “PPPPW”.

They are Papua LNG, Pogera Gold Mine, P’nyang LNG, Pasca Gas Condensate and Wafi-Golpu mining project. We are in ‘deep waters’ in as far as various stages of those projects in as far as agreements and developments are concerned. There is no stopping or turning back and we look forward to substantial concrete progress and project agreement closures and progress to project development.

In my humble opinion these projects developed from 2023 to 2032 will be the impetuous, the next responsive wave responsible for my country’s economy to be catapulted surpassing the K200 billion economy I envisioned on May 30th, 2019, when I made my maiden ‘Take Back PNG and richest black Christian nation’ speech.

Prime Minister Marape says PNG is expecting positive future projections for growth and stands to reach a 200-billion-kina economy, but it must include local involvement.

“ As I discussed with PM Marape yesterday, his government is now at a unique juncture in our nation’s history. It is the first time that our country is on the cusp of delivering not one, but four major resource projects of over $30 billion.  Papua LNG with its $12 billion capital cost, Pnyang at $10 billion, the reopening of Porgera, and Wafi Golpu Copper-Gold project at $6 billion or potentially higher.   Add the Pasca gas project at $2 billion and one can understand why negotiating all these deals at the same time has placed the government negotiation machinery under significant strain.”

Mr Smaré reiterated with gratitude, Australia’s continued support as a development partner to PNG, but highlighted that future investments projects could also include other global economies like China.

“China is a very important partner of our country. It plays a significant role in our economy currently.  It has interests in a number of our mining projects – a quarter of Porgera through Zijin Mining, and the majority interest in the Ramu Nickel-Cobalt mine through MMC. China is a buyer of much of our current minerals output.   China is also a significant buyer of our LNG production from the PNG LNG, and it will likely be a major buyer of gas from our new LNG developments – Papua LNG, Pnyang, and Pasca.”

Pat Conroy Australian Minister for International Development and the Pacific, while speaking at the conference said Australia does need to step up participation in the development of PNG.

Many of the Australian mining and petroleum companies represented at this conference have made significant investments in economic and social development, spanning decades of engagement with communities from Western Province to the New Guinea Islands.”

The agenda for the 16th PNG Mining and Petroleum Conference, seeks to highlight investment and development opportunities that PNG can offer.