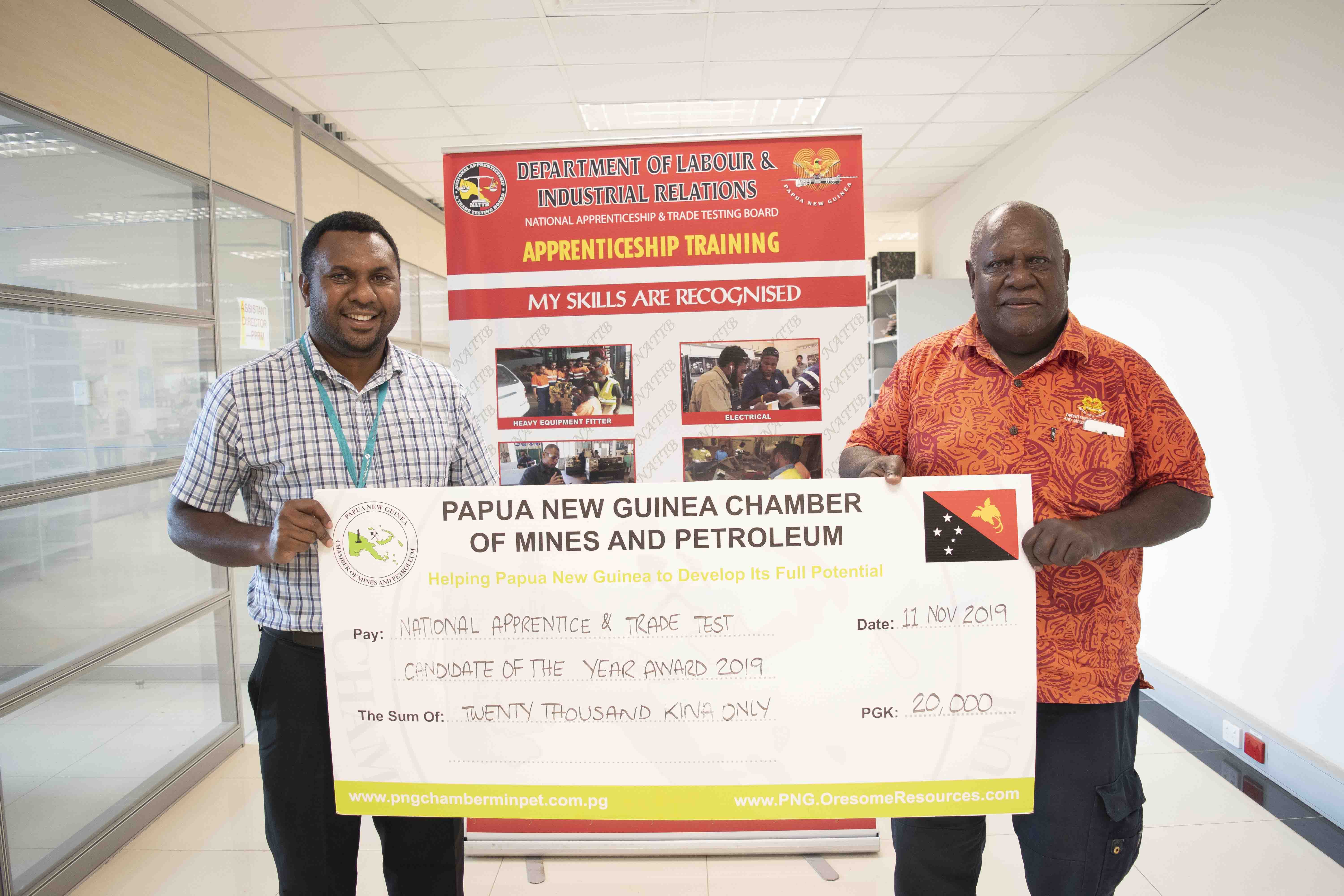 The mining and petroleum industry in Papua New Guinea is the largest provider of apprenticeship and trades training in the country, says the PNG Chamber of Mines and Petroleum.

The Chamber said this following its major sponsorship of 20,000 kina towards the hosting of the 2019 National Apprentice and Trade Testing Candidate of the Year Awards, an annual event which recognises and promotes excellence in apprenticeship, and trade testing in PNG.

The Chamber’s sponsorship covers the two top awards namely the Apprentice of the Year, and the Trade Test Candidate of the Year.

The Chamber said the resources industry is committed to developing a strong and skilled PNG workforce through its commitment to providing world-class training, education and employment opportunities to the people of PNG.

While resource companies in PNG directly employ over 20,000 people, many of these jobs exist as a direct result of apprenticeship or other graduate and technical training and development programs offered by resource companies.

At Ok Tedi, over 1,070 PNG citizens received training and graduated as tradespersons since operations began in the 1980s with a further 545 graduating from its in-depth Graduate Development Program and 1,227 participants receiving training in the other qualifications, under the company’s Prefered Area Development Program.

Since 2011, Ramu NiCo Mine has invested over K1 million to train over 350 apprentices and trades men and women.

The Porgera Joint Venture has provided training to over 750 employees since 2003 while Total has spent almost 314,000 kina on providing training for 10 Maritime Cadets from its project impact areas and 424,000 kina on 40 trainees who are currently undergoing mechanical fitting and building and construction National Certificate (NC1) training at the Port Moresby Techincal College.

Total is also further investing K11m on Technical Training for over 300 youth from the Project Area and Gulf Province before the Papua LNG construction. During construction, 200 operator and maintenance technicans for the Upstream operations will be trained.

Since 2010 ExxonMobil has recruited more than 200 Papua New Guineans through its Operations and Maintenance program. ExxonMobil has alsodelivered over 89,000 hours of training to its workforce over the past year. Era Resources have spent over 680,000 kina on staff training since 2014.

Since the 1990’s more than 200 apprentices have been trained at Oil Search with more than 58% of those trained still with the company. Many of these apprentices have progressed to leadership positions in the company. In preparation for the future and the target of amodern PNG workforce, Oil Search have recently revamped its apprenticeship programs utilising Kumul Petroleum Academy in Port Moresby and INSTEP in Malaysia. On an annual basis, Oil Search delivers more than 30,000 hours of training to its entire workforce with an annual budget averaging K6 million. In addition to apprentice training opportunities, Oil Search have a graduate development programme and scholarship programmes to cover all aspects of its business.

The resources companies are investing millions of kina each year to develop a strong local PNG workforce according to the Chamber of Mines and Petroleum.

“Along with providing employment opportunities for school leavers, mining and petroleum companies are undertaking training within their organisations to ensure PNG citizens are well- positioned to manage and lead these projects well into the future.”

“We are proud to sponsor the 2019 Apprentice and Trade Test Council’s Candidate of the Year Awards. This event is a fantastic initiative that raises awareness of the work our gifted young apprentices, and tradesmen and women undertake each year.”