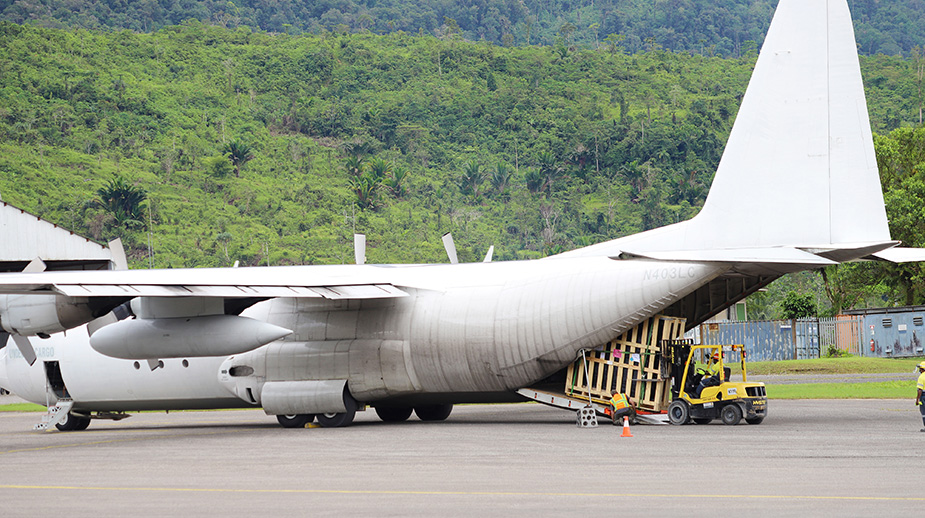 The PNG chamber of Mines and Petroleum would like to congratulate Ok Tedi Mining Limited (OTML) as the company returns to normal production after the second of two processing circuits which were damaged in a fire incident on the 20 of December, 2020, was restored over the weekend.

This follows the successful restart of the SAG-2 on the 6 January, 2021.

OTML Managing Director and CEO, Musje Werror commended the efforts of the OTML team, who worked tirelessly for almost 6 weeks to restore the circuit (SAG-1) safely without any incident.

“The commitment shown by our workforce, particularly over the festive season, was testament to the One Team Wan Pasin spirit at Ok Tedi,” Mr Werror said.

“Returning the first of the two circuits to operation was a key milestone as it allowed the Company to recommence production and meet our January shipments. Damage sustained to the SAG-1 was however more severe and required two new switching equipment. The new equipment, which was flown to site on a specially chartered Hercules C130 aircraft last week, was successfully installed over the weekend,” he added.

Mr Werror noted that the financial impact of the incident was about US$100million as previously reported. He said the Company maintains a strong balance sheet for the purposes of protecting it against such incidents.

He cited the shutdown associated with the COVID-19 pandemic in 2020 and an earthquake which occurred in 2018 as two such examples.

“We have demonstrated previously that the Company is able to remain profitable and healthy despite such challenges, and we expect to do so again in 2021,” Mr Werror said.