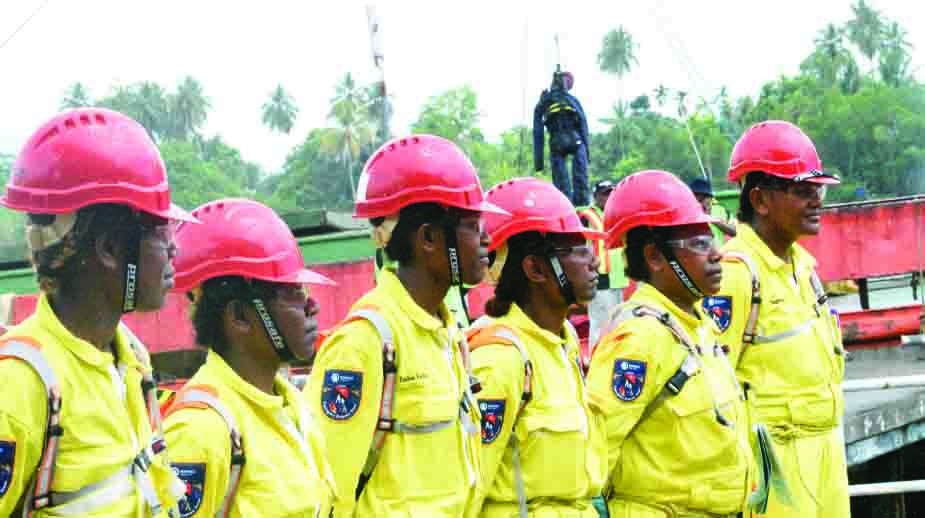 Resource Industry commitment to safety to be showcased in Challenge

Papua New Guinea’s only event that demonstrates the resource industry’s commitment to safe and secure work environments will be held in Port Moresby from September 30 to the October 02.

The PNG Extractive Industries Emergency Response Challenge (EIERC) will be staged at the Sir John Guise Stadium with more than 70 participants from the country’s mining and petroleum companies competing in this physically intensive competition.
The biennial event, which is hosted by the PNG Chamber of Mines and Petroleum, will see nine teams being tested on their emergency response skills.
The teams participating include Ok Tedi Mining, Porgera Joint Venture, Harmony Gold, Simberi, Oil Search, Ramu NiCo, Newcrest Lihir, and K92 Mining and PNG LNG who will be taking part for the first time.

The EIERC is the only such event run by the industry in PNG that demonstrates to the broader community and Government the industry’s commitment to safe and secure work environments, while also providing a platform for benchmarking against industry standards.

Ramu NiCo and Newcrest Lihir will be sending two teams each with Newcrest Lihir sending an all-female team for the second time since the last Challenge in Madang in 2017.

The three-day event comprises of a theory exam on the first day of the event, followed by two days of intense competition in six events which include fire-fighting, rope rescue, multi-casualty, confined space rescue, road accident rescue and endurance.
Formerly known as the National Mining Emergency Response Challenge organized by the Mineral Resources Authority, the Challenge was handed over to the Chamber in 2017.

The 2017 challenge was won by Ramu NiCo Basamuk team after beating eight teams to take out the overall title when the challenge was held at the National Maritime College in Madang in 2017.

The Chamber stated that the Challenge which started in 2011 aims to improve the capabilities of the resource industry’s emergency response personnel to respond efficiently and effectively in emergency situations.

“An integral part of developing and maintaining competent emergency response resources is to compete with other projects so that teams can be exposed to new methods and equipment thus improve skills across the industry and addresses knowledge gaps,” the Chamber stated.