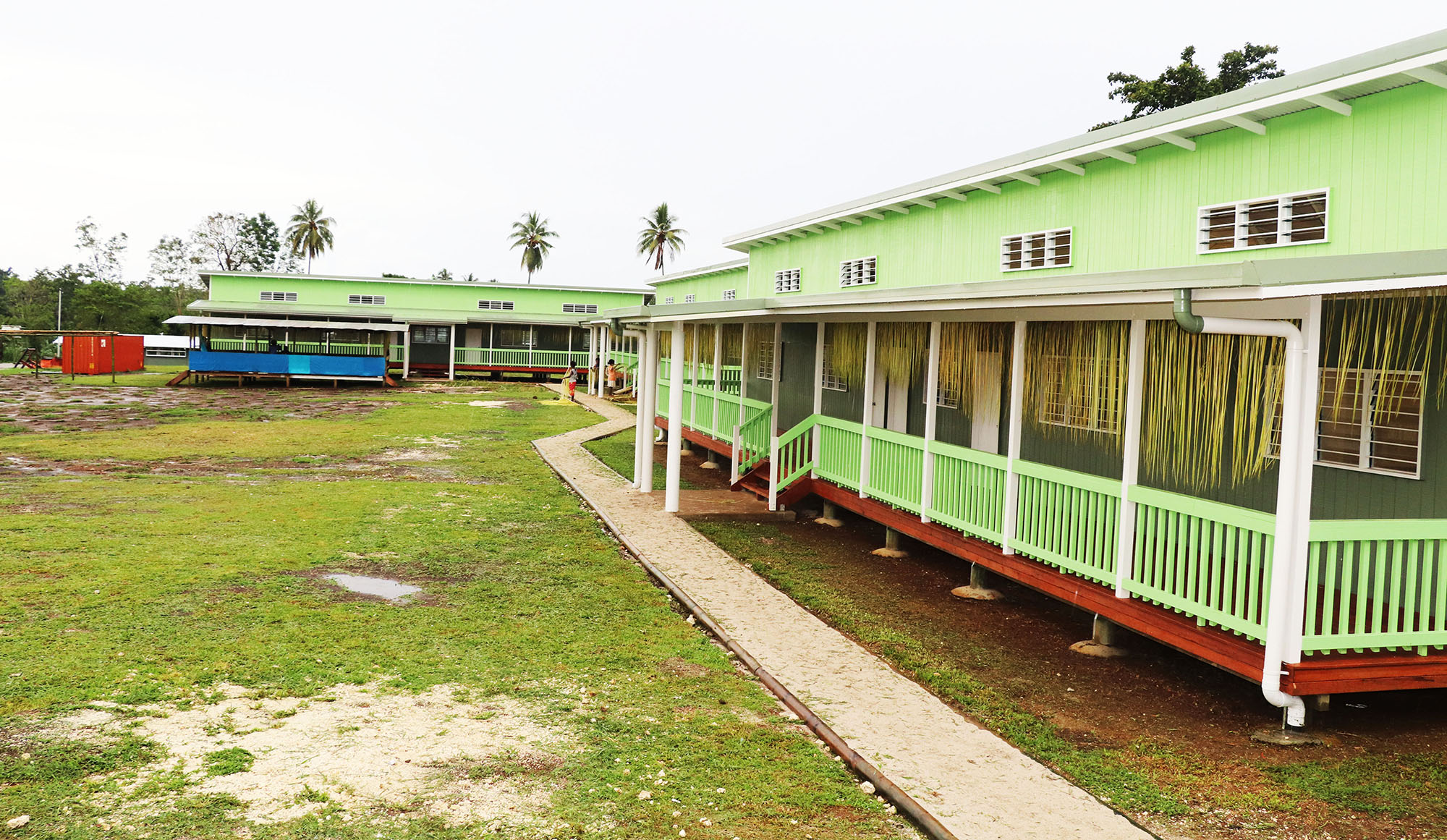 Image Caption: Communities in many rural areas of Papua New Guinea are having access to modern health and education infrastructures delivered by resource companies such as these new school facilities that were delivered by Newcrest Lihir’s Tax Credit Scheme program.

The PNG Government must seriously consider the economic implications the revised Mining Act will have on the country.

In a statement today in response to the Mining Minister Hon. Johnson Tuke’s statements in Parliament yesterday regarding tabling the revised Act in the current Parliament Sitting, the Chamber urged the Government to seriously consult with the industry to fully understand the impacts some of the proposed amendments would have on future and existing projects.

With the revised Act expected to go through Parliament for its First Reading, the Chamber is hoping the Government can open consultation on this important legislation.

Future and existing investments are now at risk from the proposed changes to the Mining Act 1992. The amendments to the proposed Act renders the mining industry in PNG internationally uncompetitive. The amendments are also a serious deterrent to future investments in mining in PNG, and may even threaten the ongoing operations of mines currently in operation, as well as, those in the pipeline.

Some of the key issues with the proposed changes to the Mining Act outlined below are causing investor uncertainty and will have severe negative impacts in the immediate and long term on both existing operations and proposed projects, to the detriment of PNG’s economy. This includes, increased tenure risk for mining companies, inadequate transitional arrangements to protect existing operations and increased costs to business which will impact on investor interest.

The Chamber has also suggested that the Government undertake its own independent comprehensive modelling of the risks and financial implications of the changes being proposed, in the context of the broader fiscal regime.

However, despite these calls, and its support to the Government following its announcement in late 2018 to undertake an independent review of the proposed changes to the Mining Act, it seems none of these have been seriously considered.

The Chamber and the industry supports the underlying motivation of the government to update the Mining Act legislation to meet the challenges of today, however the government also needs to recognise and address the many issues and concerns that have been raised by the industry. The industry is ready to engage with the government in constructive, open dialogue that will help to establish a way to better refine the proposed Mining Act amendments.

Investment in the industry is vital

It is widely acknowledged that stable and effective fiscal and regulatory laws and policies have underwritten the success of PNG’s resources sector. However, the proposed changes to the Mining Act undermine the message to investors that PNG offers a stable, predictable and consistent regulatory and investment framework. The amendments will pose significant deterrents for investment in future mining projects and will be a serious impediment to the operation of current mines in PNG, and, ultimately, a detriment to PNG’s economy and its people.

The mining industry is a key contributor to PNG, and mining companies in PNG have demonstrated a deep commitment to building strong communities that share in the benefits of the industry.

Landowner and local companies benefit significantly from the mining industry. While the resources sector directly employs over 20,000 people, many more people are employed in businesses that provide services to the sector, including landowner and local businesses.

Local businesses provide many of the goods and services required by PNG’s mining projects, including earthmoving, labour hire, transportation, catering and janitorial services. Most of these businesses and jobs wouldn’t exist without the operation of successful mines.

The development of community education is an area that mining and petroleum companies have consistently supported over many years. This includes providing funding for much-needed books and supplies, teacher training, literacy courses, infrastructure, scholarships and the development of flexible Open Distance Education Centres.

PNG’s community health programs have also benefited from the involvement of the resource industry. This has included training and capacity building, funding for major hospitals and health centres, support and funding for community health centres and aid posts, medical patrols, outreach programs, medivacs, immunisations, medical supplies and the provision of clean drinking water.

One of the biggest contributions to the nation’s socio-economic development delivered by mining projects has been improving access to their host communities through the construction of airstrips, roads, bridges and port facilities. Other industries, including agriculture, have benefitted from these, as well as improvements to power and water infrastructure. Further development of new mines will deliver similar benefits to other remote regions in the future.